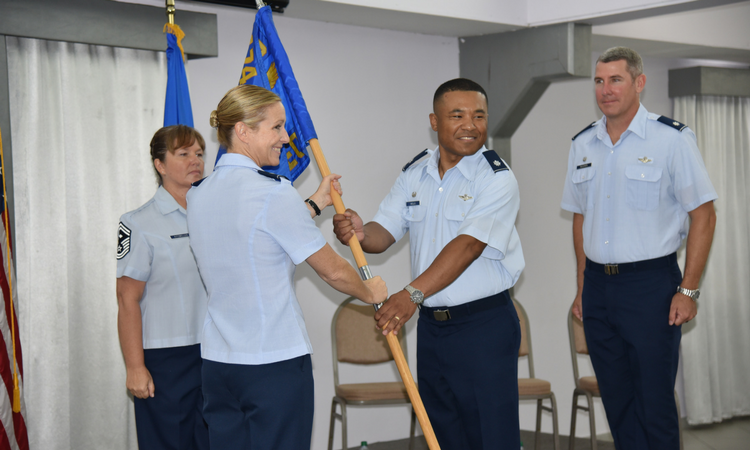 Additionally, Colonel McGowen oversaw the base anti-riot exercise that combined United States Air Force security forces members with 180 personnel from the Dutch military, the Volunteer Corps of Curacao, and the United States Consulate, helping to improve multinational operations and emergency response. His successor, Lieutenant Colonel James E. Wells was Director of Staff for the 552nd Air Control Wing at Tinker Air Force Base in Oklahoma. He supported the Wing and Vice Commanders and three Group Commanders by leading 16 Wing staff functions, developed strategic planning objectives and facilitating battle staff management and execution. Additionally, he represented the Wing Commander’s position at external forums and manages all Wing-level tasking’s and correspondence.

The USFOLs in Curacao and Aruba, 429th Expeditionary Operations Squadron, supports multinational aircraft operations that conduct detection, monitoring, and tracking missions that play an important role in counter-drug efforts in the region. USFOL Curaçao was established as a result of a multilateral agreement between the Kingdom of the Netherlands and the United States whereby aircraft and crews deploy to the USFOL on a temporary basis to conduct counter-drug operations.