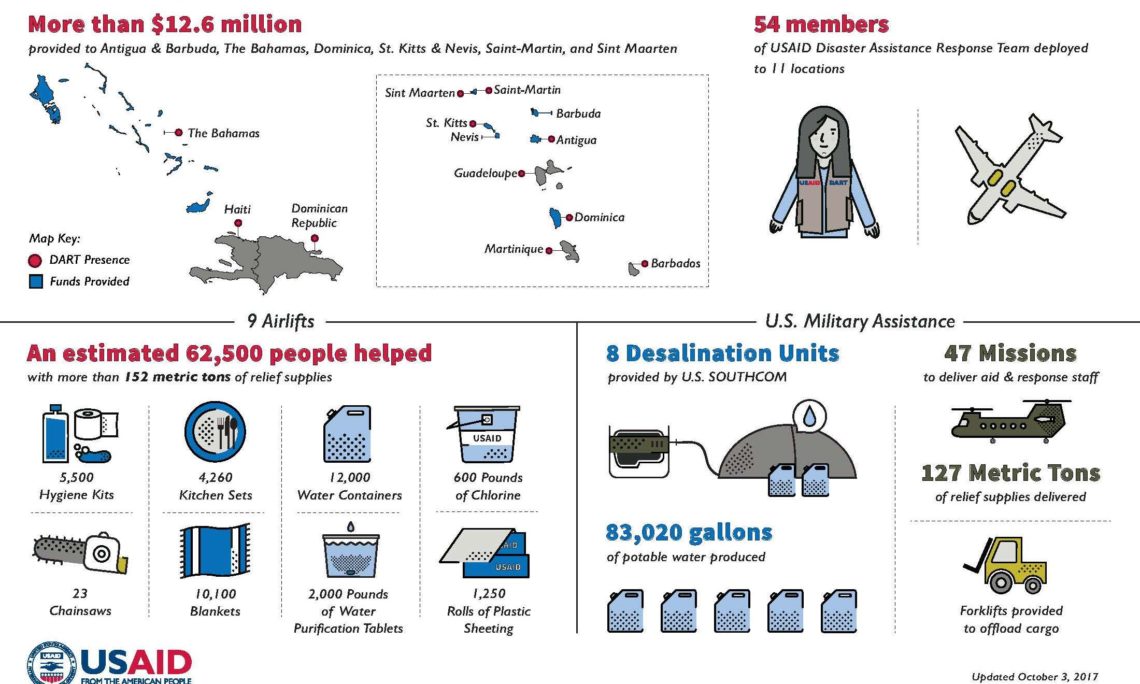 Hurricane Irma, a Category 5 storm, hit the Caribbean beginning on September 6. Less than two weeks later, Hurricane Maria, a second Category 5 storm, struck the region. USAID deployed a Disaster Assistance Response Team (DART) on September 7. The DART—which at its height comprised 54 people—deployed to 11 locations in the Caribbean to lead the U.S. government’s humanitarian response in coordination with affected governments.

The U.S. Consulate General Curacao is proud to share with you the latest USAID information on Humanitarian efforts.