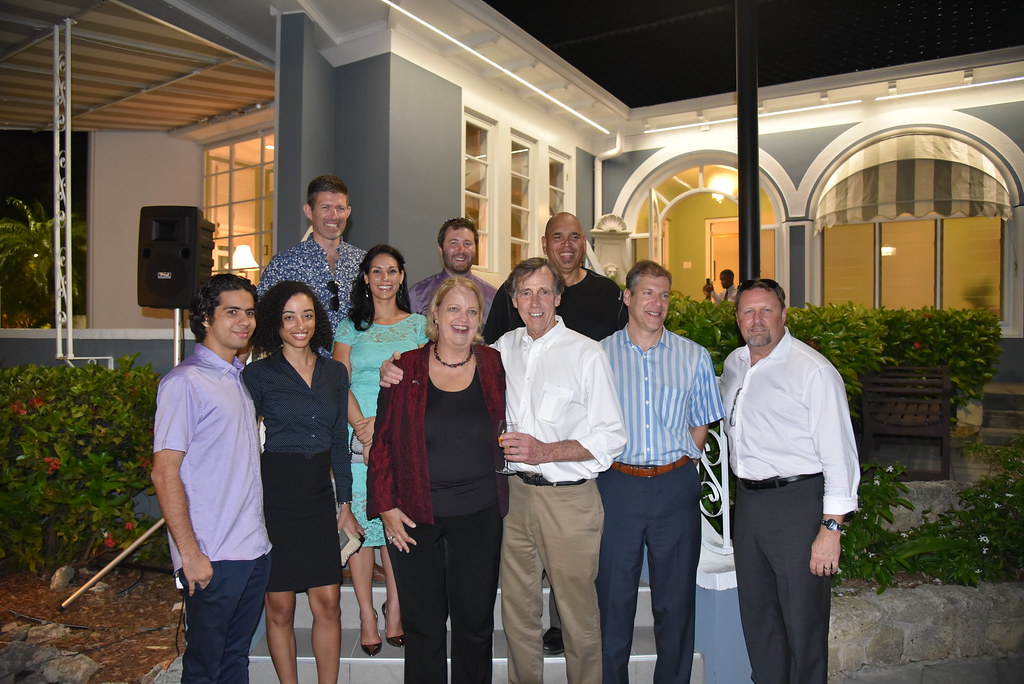 The U.S. Consulate General Curacao and the Curacao Development Institute hosted a welcome reception for Professor Daniel M. Kammen and Professor Harrison Fraker from the University of California, Berkeley who are visiting Curacao together with Quanten, LLC and the World Bank to explore sustainable resource plans for the island.

Minister of Finance Kenneth Gijsbertha, Minister of Economic Development Eugene Rhuggenaath, Minister of Traffic and Transportation Suzy Camelia-Romer, and President of Parliament Giselle McWilliam attended the event together with other guests from the government, the private sector, and environmental organizations who are interested in renewable energy.

“The U.S. promotes a vision for the Western Hemisphere of access to secure and affordable energy, with consumers paying prices that are fair and predictable.  We also believe that power companies can benefit from investments in renewable energy and can generate electricity in a manner that does not further contribute to global warming or dangerous emissions such as sulfur dioxide, a major ongoing health risk to this island. In line with this vision, I hope this visit stirs ideas about policy recommendations for Curacao that promote rather than inhibit the introduction of renewables,” U.S. Consul General Margaret Hawthorne said.

Dr. Daniel M. Kammen is a Professor of Energy at the University of California, Berkeley, with parallel appointments in the Energy and Resources Group, the Goldman School of Public Policy, and the department of Nuclear Engineering.  Kammen is the founding director of the Renewable and Appropriate Energy Laboratory at UC Berkeley.  He was appointed by then Secretary of State Hilary Clinton in April 2010 as the first energy fellow of the new Environment and Climate Partnership for the Americas (ECPA) initiative. He is currently the Science Envoy for U.S. State Department.

“The integration of renewable energy-based electricity and waste to electricity programs opens the door for very inexpensive renewal and expansion of power grids.  Curacao, with its abundant, solar, wind, and deep, cold, ocean resources can all be brought into the energy, water, and agricultural sustainability equation,” Kammen said.

Harrison Fraker is Professor of Architecture and Urban Design, Dean Emeritus of the College of Environmental Design and Chair of the Energy Resources Group at University of California Berkeley. He is a solar and renewable energy pioneer, having started the Princeton Energy Group 40 years ago while a Professor at Princeton University.