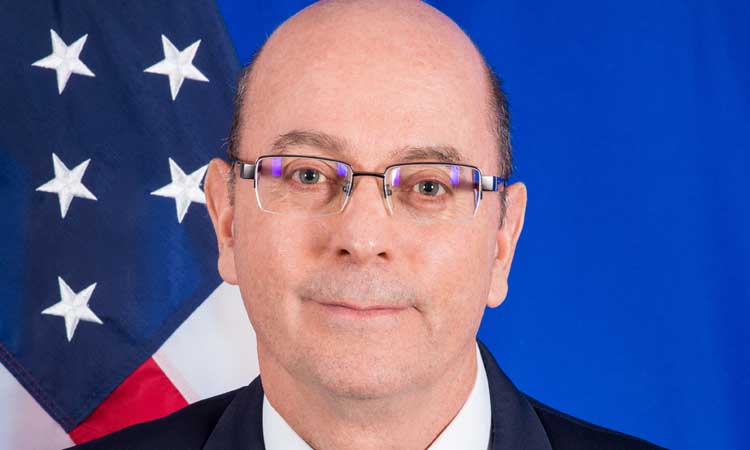 The United States Consulate General in Curacao is pleased to announce the appointment of Mr. Allen Greenberg as the U.S. Consul General to Curacao and Chief of Mission to Aruba, Bonaire, Curacao, Saba, Sint Eustatius, and Sint Maarten.

Allen Greenberg is a member of the Senior Foreign Service.  Prior to this assignment, he was the Director of Haitian Affairs in Washington, DC since 2017.

Mr. Greenberg, previously served as the Consul General in Osaka, Japan. Prior to that, he was Director of the Office of Foreign Missions in Houston, Texas from 2012-2014, and Consul General in Krakow, Poland from 2009-2012. Other overseas assignments include positions in Washington, DC, Russia, Cuba, and Morocco.

A native of California, Allen studied at Stanford University and Johns Hopkins School of Advanced International Studies, with a concentration in Latin America Studies.  He speaks French, Spanish, Russian, Polish, and Japanese.  He is married to Haruko Ando Greenberg, a writer and potter. They have a son, Benjamin, who is an architect living in Indiana.

On behalf of all the staff here at the U.S. Consulate General, we wish Consul General Greenberg a warm welcome.