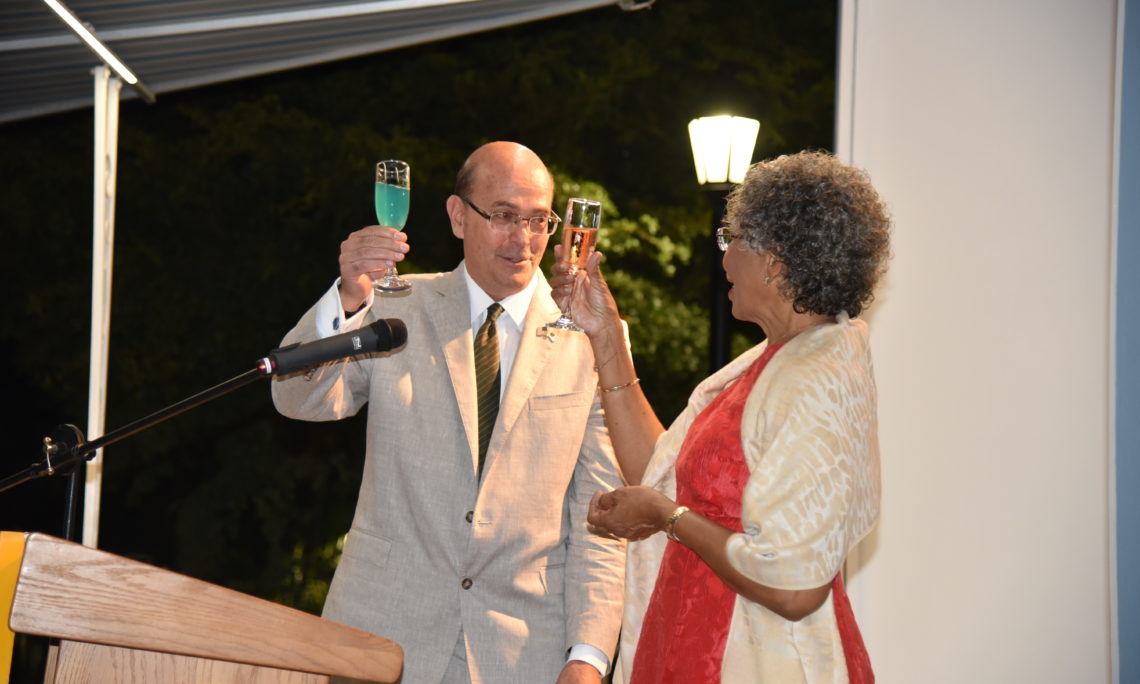 In his speech Consul General Greenberg said:
“Today the world is facing adversity, in the form of a disease. It has an effect on populations,
the world economy, and relations between countries. The U.S., Curacao, and all islands
represented here are facing it. And these times of adversity are when true friendship is put to
the test. We have a shared history of overcoming tougher challenges together. And Roosevelt
House is a symbol of this effort, and a pledge by both nations to keep this friendship forever.”

On October 31, 1945, the Netherlands and Curaçao officially bestowed the gift of the
Roosevelt House and the property on which it stands to the United States, and President
Truman accepted the offer on April 13, 1946. Named after the visionary leader of the Allied
Forces and a U.S. President with Dutch roots, the property was named “Roosevelt House.”
The official ceremony took place on March 15, 1950. The gift, in recognition of American
protection of the islands during World War II, was an initiative from and funded by the people
of Curaçao through the “Staten.”

Seventy years later the world has changed dramatically, but the friendship between the U.S.
and the Dutch Caribbean remains steadfast. Roosevelt House continues to be a symbol of the
United States and Curaçao’s history and heritage. It represents a significant moment in the
history of the United States and Curaçao. And most importantly, it will remain a symbol of
cooperation, friendship, and gratitude for many years to come.